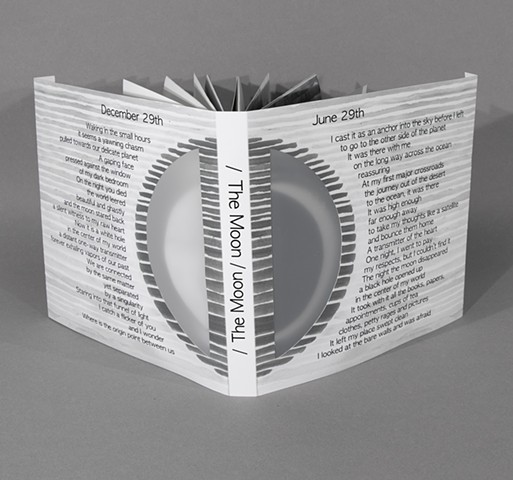 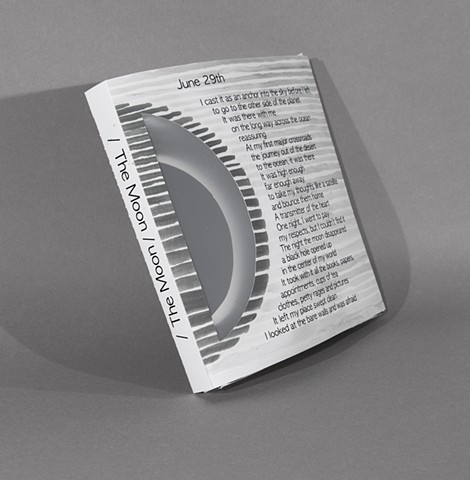 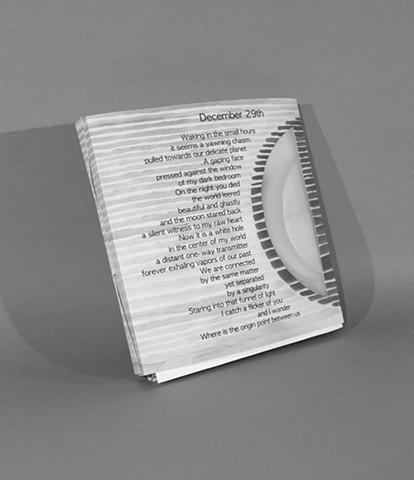 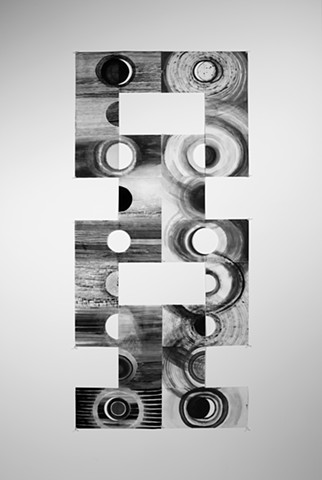 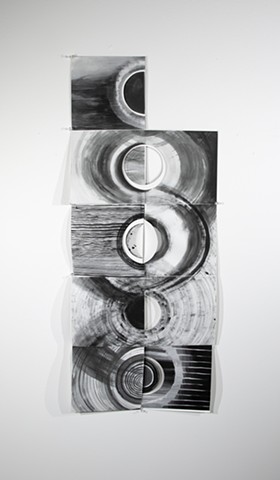 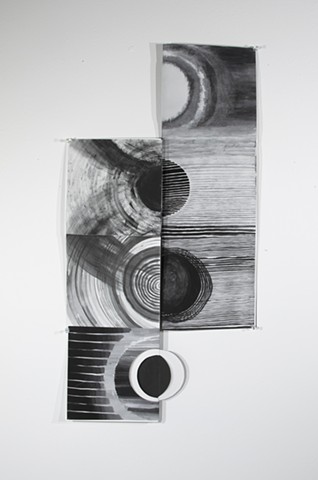 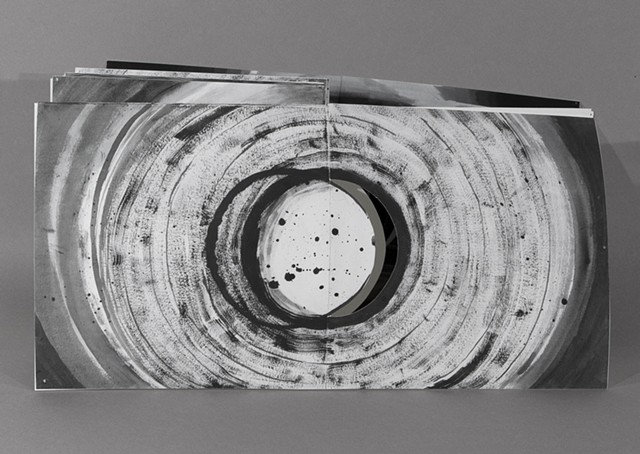 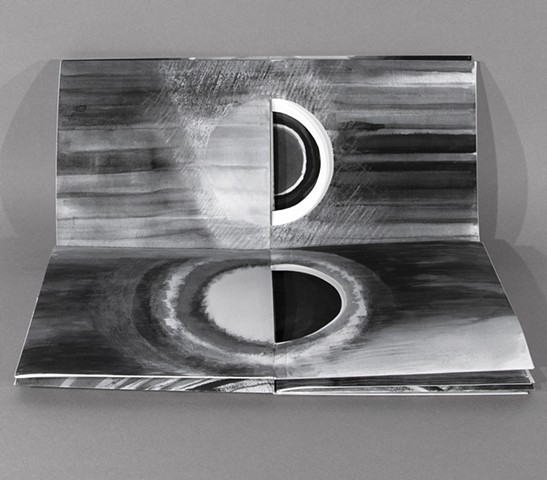 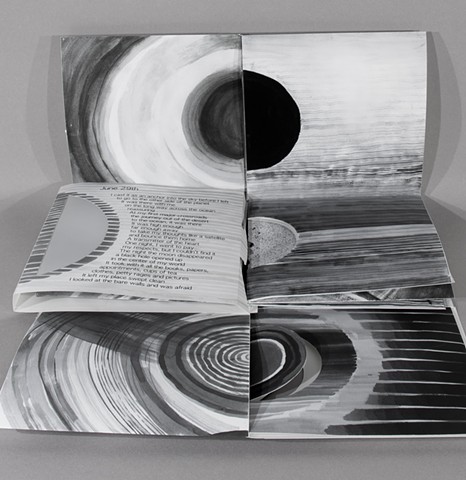 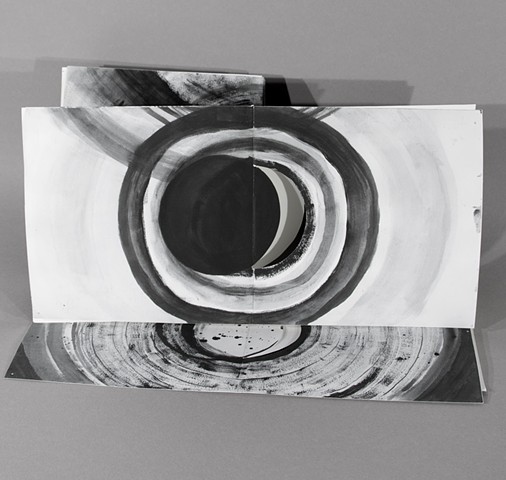 "The Moon" is a visual book that can be read and reread in many different ways, leading the viewer through cyclical, overlapping paths reminiscent of a mobius strip. It vaguely charts the cycle of the moon, represented through the shifting circles at the heart of each page. The cover of the book contains two poems in the form of journal entries. The first poem (under the heading "June 29th") is a transcript from a section of the award winning video work, "Women's Movements," created in 1988 by artist Annette Barbier, my mother. The second (under the heading "December 29th") is a response piece I wrote in 2021, four years after my mother's death. Together, the two halves of the book form a melancholy yet hopeful whole.